Environmental Impact Statement Should Not Be Limited to North Dakota

Des Moines — In response to the Army Corps of Engineers announcement of its intent to prepare an Environmental Impact Statement (IES) in connection with the Dakota Access pipeline, Bold Iowa called on Iowans to write the Army Corps of Engineers and demand that the Corps’ EIS consider the pipeline’s impact on Iowa’s land and water, too. Bold Iowa insists further that the EIS must weigh the pipeline’s impact on climate change as well.

“We are thrilled that President Obama and the Army Corps of Engineers are listening to Indigenous peoples and Americans across the country who have raised concerns about the Dakota Access pipeline,” said Bold Iowa director Ed Fallon. “But it’s not enough simply to examine the pipeline’s impact on the Missouri River in North and South Dakota. The Corps’ analysis needs to consider the full range of impacts of this pipeline, including its demonstrable exacerbation of the climate crisis.”

The letter released today by the Corps states that the “EIS will analyze, at a minimum:

Fallon noted, “It’s important that the Corps’ letter says ‘The range of issues, alternatives, and potential impacts may be expanded based on comments received in response to this notice and at public scoping meetings.’ That language makes it really clear that people everywhere, especially Iowans, need to weigh in on the importance of a broad EIS.”

The Corps has set February 20 as the date by which comments need to be received. The full text of the Corps’ letter can be read here: https://s3.amazonaws.com/public-inspection.federalregister.gov/2017-00937.pdf

Bold Iowa today launched a petition calling on the U.S. Army Corps to conduct a full Environmental Impact Statement for Dakota Access that includes the state of Iowa. 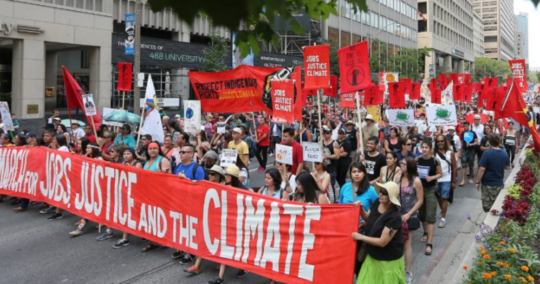