Iowans to Embark on Eight-Day, Eighty-Mile March for Unity on Climate

Des Moines — A group of Iowans of diverse backgrounds will embark on an eight-day, eighty-mile “Climate Justice Unity March” later this month to help build a broader coalition organizing for action on climate, environmental and racial justice, and clean energy jobs — and build momentum leading up to the People’s Climate Movement Rally at the State Capitol in Des Moines on April 29.

The march will set out from Little Creek Camp — a newly established encampment near Millersburg organized by local indigenous activists — at 9:00 a.m. on Saturday, April 22 (Earth Day). Marchers will cover approximately 8-12 miles each day, and conclude each day with a Community Conversation in the evening with dinner and music in each town the marchers stop to camp in overnight.

“The Climate Justice Unity March provides a unique opportunity to bring these voices together through the dignified, disciplined commitment of marching, and through non-confrontational gatherings each evening that will build momentum for the April 29 People’s Climate Movement Rally at the Capitol and forge new relationships essential to the work we must do going forward,” said Bold Iowa director Ed Fallon.

“The evening community gatherings will be as important as the daily marches,” added Fallon. “As we work to build the strongest possible alliance to push back against the failed policies of status quo politicians at both the state and federal level, it’s essential that we take time to listen to each other and embrace our common ground and destiny.”

“Little Creek Camp is an embodiment of the change that needs to happen at all social and environmental levels,” said Christine Nobiss, a Plains Cree woman from Iowa City and founder of the camp and Indigenous Iowa. “So it’s fitting that the Climate Justice Unity March starts here and ends at the State Capitol, where so many important decisions are made.”

Bold Iowa is part of the Bold Alliance, building a coalition of small-and-mighty groups in rural states to fight Big Oil, protect landowners against the abuse of eminent domain, and work for clean energy solutions while empowering a political base of voters who care about the land and water. Website: https://boldiowa.org 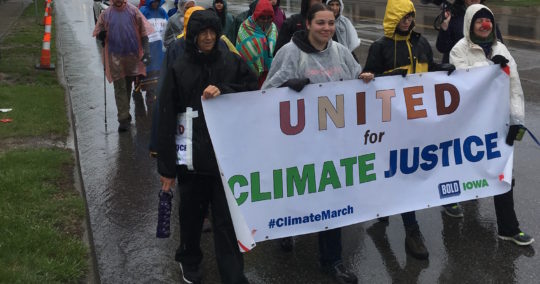 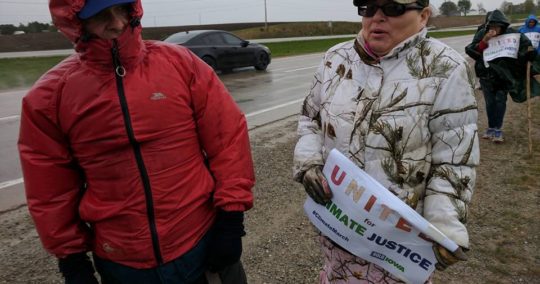 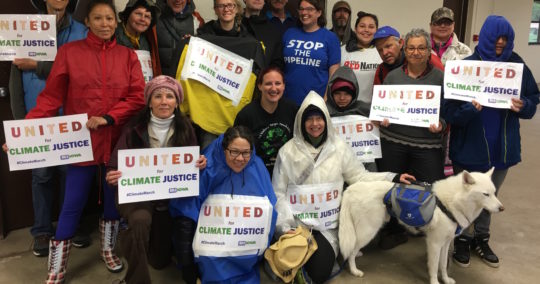