It’s just under a seven-mile march from our church lodging in Pleasant Hill to the Iowa State Capitol for the People’s Climate Movement Rally. We set out on schedule and arrive at Sleepy Hollow for our break, just as it’s starting to rain.

We know we won’t stay dry for long, but take this opportunity to sit under the facility’s patio roof for our half-hour break. There’s a car out front, suggesting staff is present, so figure I’ll let them know we’re here. I try the door, and it’s unlocked, so I enter, to be greeted by a blaring security alarm.

I quickly exit the way I came in, apologize to other marchers as I make a lame joke about setting off the alarm about the climate crisis. I call the Des Moines Police Department, and the matter is soon resolved.

Donnielle Wanatee and Shelley Buffalo are the opening speakers, and Heather Pearson wraps up the rally. As with Donnielle and Shelley, Heather has been a solid leader on the March, and her speech is a powerful closing statement for both the march and the rally. Here’s what she had to say:

“I am an air breathing, water drinking, Iowa pipeline fighter. For the last seven days we have marched 85 miles across Iowa to discuss climate justice and unity with rural communities along the way. It was definitely outside of my comfort zone to agree to march 85 miles, but it’s not the first time that this fight has taken me outside of that comfort zone.

“Most Iowans have been opposed to the Dakota Access pipeline since it was first proposed three years ago. Last year, I was asked to give testimony in front of the Iowa Utilities Board at their meeting in Boone. I’d never been to Boone before and didn’t know a single person there. That experience forced me to step outside of my comfort zone.

“I told the Board that I find it appalling that they were so willing to trample Iowans’ private property rights while putting our air, our farmland, our water and our climate at risk just so that a private corporation can fatten its bottom line with an export pipeline.

“In August, I got a call from Ed Fallon asking if I would be willing to risk arrest while participating in peaceful civil disobedience. I’d never been arrested before, or even had any interaction with law enforcement. In the days leading up to direct action I was anxious, and again had to step out of my comfort zone because I felt that it was my duty. I’d signed the ‘No Bakken Pledge of Resistance’ and the movement needed people power. I was handcuffed and taken away.

“Fast forward a couple of months. I met a farmer named Shirley Gerjets. Dakota Access had already begun construction on her property against her will even though she hadn’t had her day in court to fight eminent domain. As I stepped onto Shirley’s property, with her permission, I handed the Sheriff the 2015 Iowa Climate Statement signed by 188 climate scientists. I stated that it was my justification for being on that property.

“Of course, I was arrested yet again. I have pled not guilty and am now preparing to take my case to court since climate change is indeed justification for stepping onto a fossi-fuel easement. 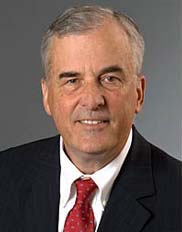 News May 18, 2017
Tagged Dakota Access pipeline, Governor Branstad, Iowa Utilities Board, Lt. Gov. Kim Reynolds, Richard W. Lozier Jr., Sierra Club Iowa Chapter
To those who say, “The fight against the Dakota Access pipeline is over, so just move on,” we pipeline fighters and water protectors say, “Not so fast!” Tuesday, the Iowa Supreme Court sided with nine Iowa landowners and the Sierra Club Iowa Chapter, rejecting Dakota Access’ request to have the landowners’ lawsuit dismissed! The Court’s […]
Read Post
All News