Recently, Heather Pearson was contacted by a former DAPL contractor, who said to her:

“I have the highest respect for what you and others are doing to protect the environment. Truth be told, I really had no idea about the concerns involving the pipeline, or knew much about it at all. Boy, was I in for a shock!

“Regarding Dakota Access, I’ve never had a position working for such a morally bankrupt entity. I struggled with it everyday. You always hear about corruption in large corporations, but when I witnessed it firsthand…WOW!

“When my contract ended, I was so relieved to be out of work. I did get to meet a lot of wonderful people over the course of my contract. I also learned a great deal about DAPL and how they do business. Like I said, I have the highest respect for you and others like you. Keep up the good work! Keep up the fight! You have support in unlikely places!”

Heather’s conversation, and the fact that the contractor reached out to her, is nothing short of amazing.

The contractor also told Heather that DAPL was so concerned about our “BATs” — the Bold Action Teams we mobilized last fall to stop construction — security formed special units to respond to the BATs. How’s that for validation that our efforts were effective!

In sharing this story, Heather writes: “Once people realize that this is just a corrupt, private corporation that wants to ship its toxic sludge to the export market via our farmland and watersheds, people tend to oppose the project. We must keep up the fight. We must continue to spread the message. We must take time to talk to people and combat the mountains of disinformation out there. We have to make our voices heard. It works!”

Heather’s story is a reminder that everything we do makes a difference. It’s also a reminder that, in the spirit of nonviolence, we must always show kindness and respect toward workers, law enforcement and security personnel.

News July 14, 2017
The Bold Alliance is no longer active as Bold Iowa in the state of Iowa. We are maintaining this website as an archive of work that we’ve supported and accomplished together. Thank you for all of your dedication and Pipeline Fighting spirit! The Bold Alliance Team
Read Post 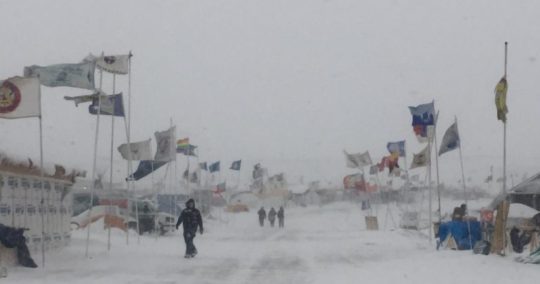 News December 8, 2016
Tagged Bold Iowa, Dakota Access, Ed Fallon, Standing Rock
Dear Friends, For me, the week that Lyssa Wade and I spent at Standing Rock was a life-changing experience. If you missed any of my daily blog posts, you can read them here: Day 1: Our Arrival Day 2: Surviving the Blizzard Day 3: Building Standing Rock Day 4: Dakota Access’ Smiling Faces Day 5: […]
Read Post 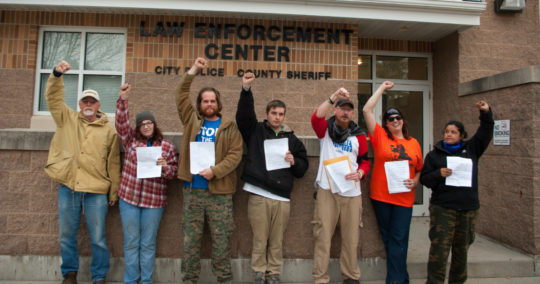 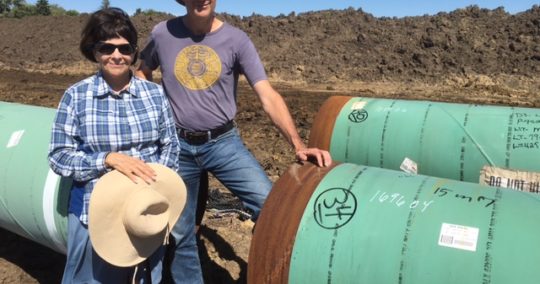 News October 5, 2016
Tagged Bakken Pipeline, Bold Iowa, Dakota Access, Ed Fallon, Eminent Domain
Bold Iowa director Ed Fallon has been meeting with, working with and advocating for landowners living along the Dakota Access pipeline route in Iowa for the past 18 months. Below is some documentation of their stories of construction violations and eminent domain abuse. Join our nonviolent direct actions to stop construction on the pipeline: Sign […]
Read Post

News May 31, 2017
Tagged #tigerswan, Bold Iowa, Dakota Access pipeline, Indigenous Iowa, Iowa Utilities Board, The Intercept
If you spend 20 minutes reading anything this week, let it be this incredible story by The Intercept. In an age when independent investigative journalism is rare and threats against our liberty are growing, this is a must read. The story reveals how a “shadowy international mercenary and security firm known as TigerSwan targeted the movement opposed to the […]
Read Post
All News