On Wednesday, Feb. 22, Bold Iowa organized a statewide #NoDAPL Day of Direct Action, which included events in 10 cities aimed at raising awareness and engaging in acts of nonviolent civil disobedience to protest the Dakota Access pipeline.

Actions included rallies at the offices of elected officials Rep. Steve King and Rep. David Young, and a sit-in at Gov. Branstad’s office that resulted in four arrests for nonviolent civil disobedience.

Bold Action Teams also occupied the lobbies of several of the big banks financing construction of the pipeline to call for divestment — and in one action, Water Protectors closed out their Bank of the West account in a divestment protest: 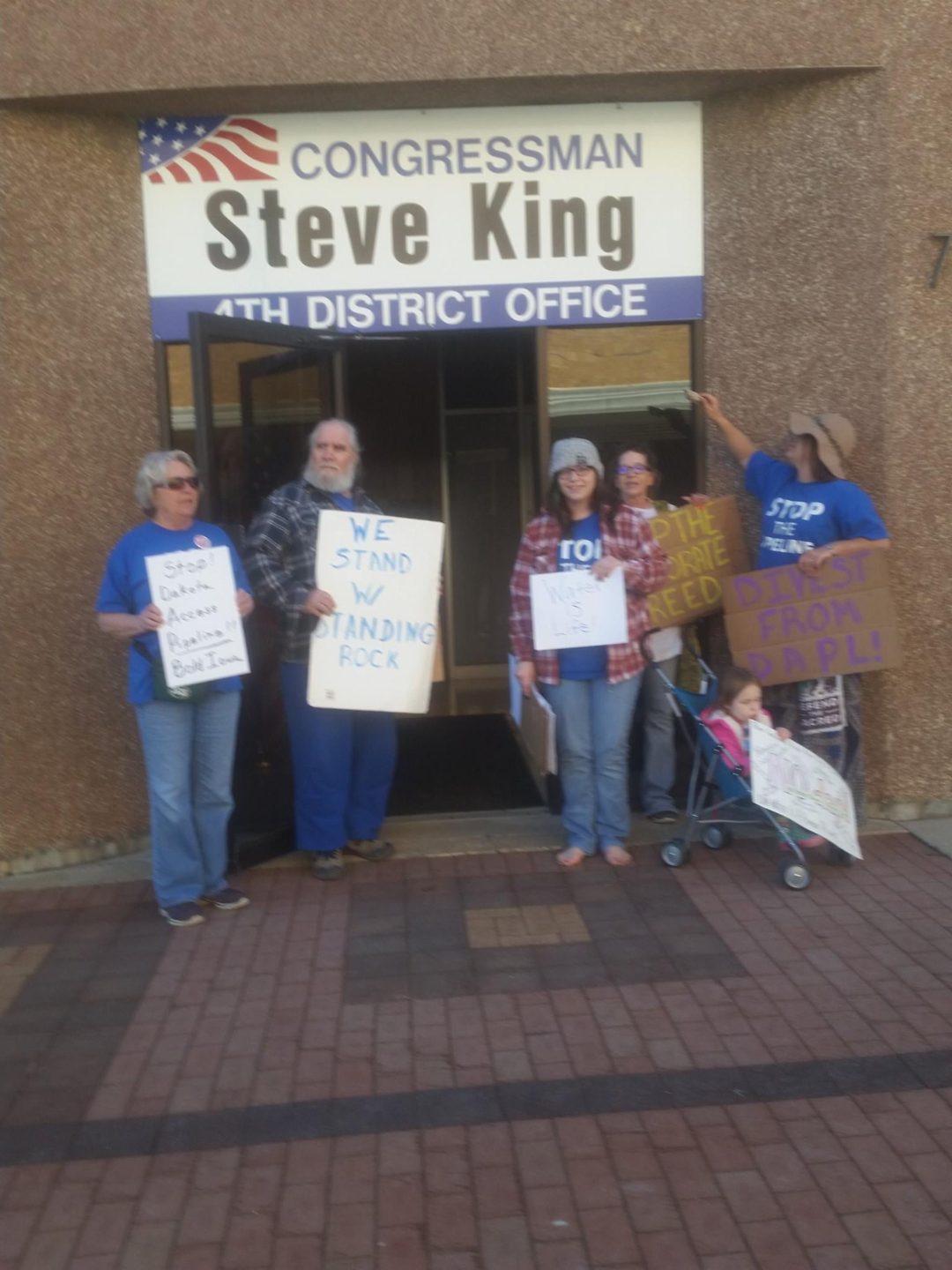 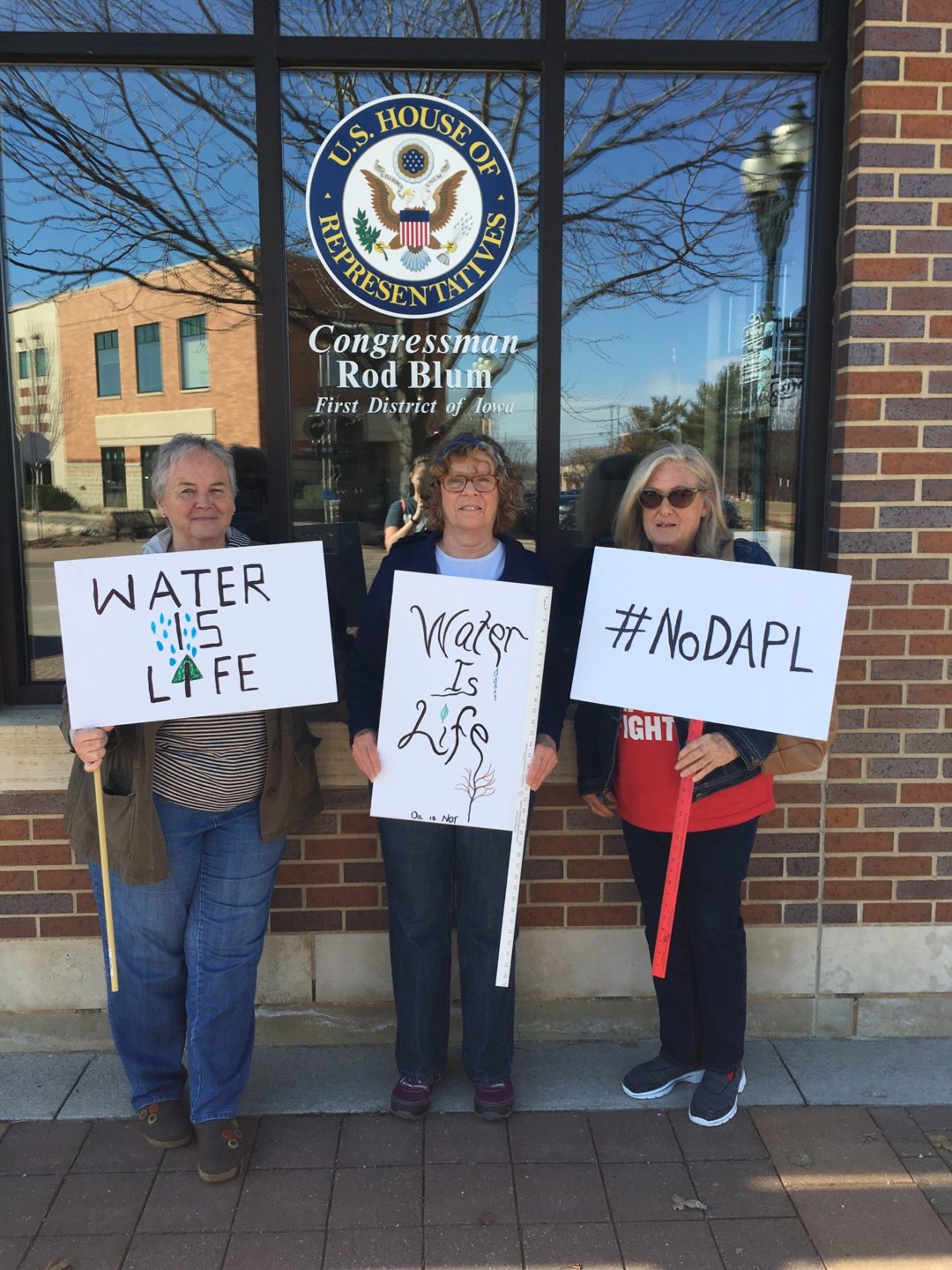 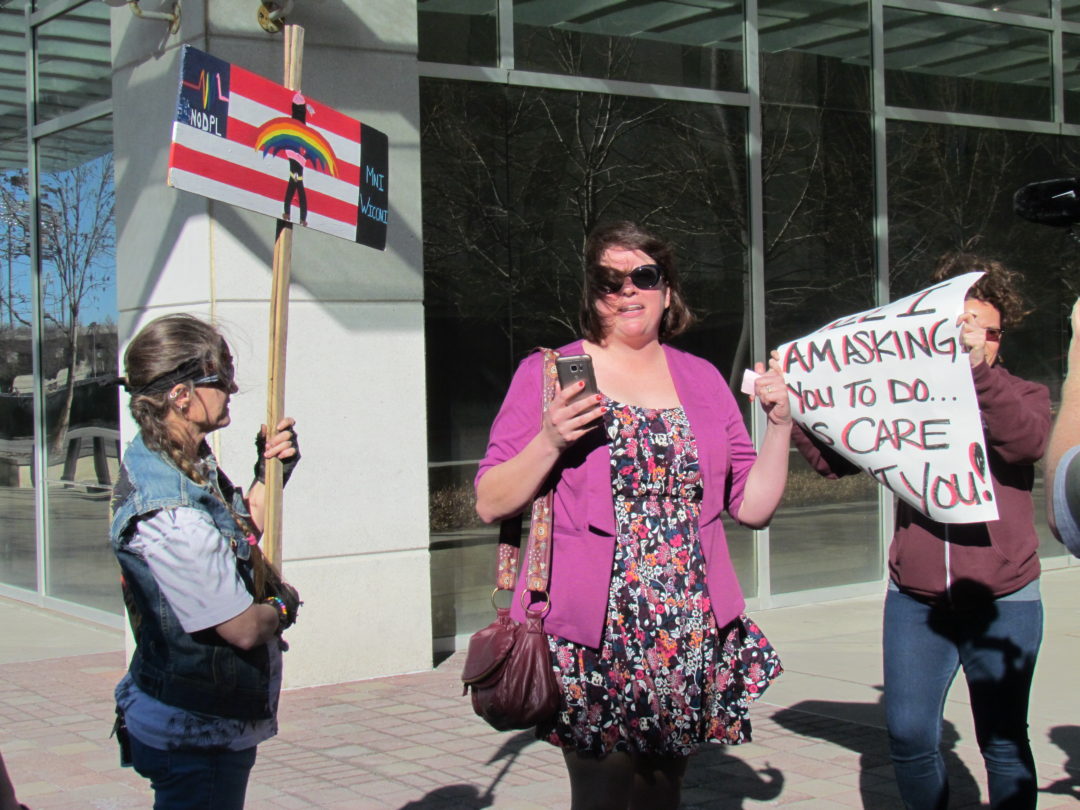 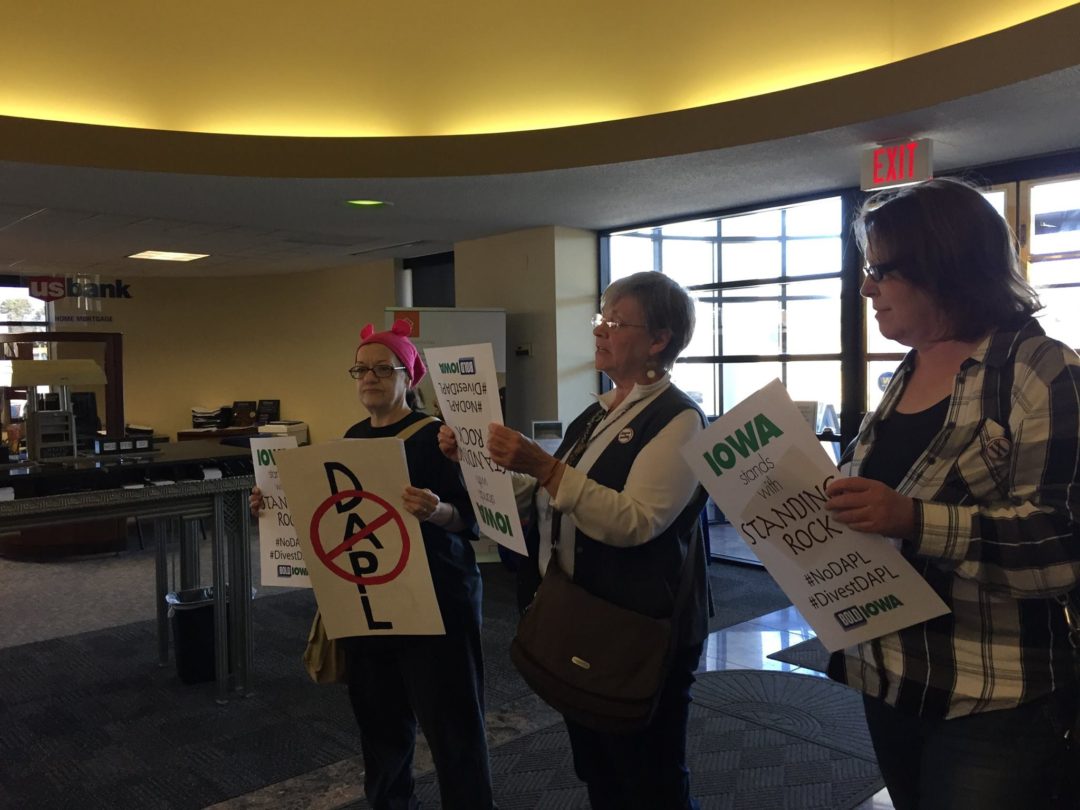