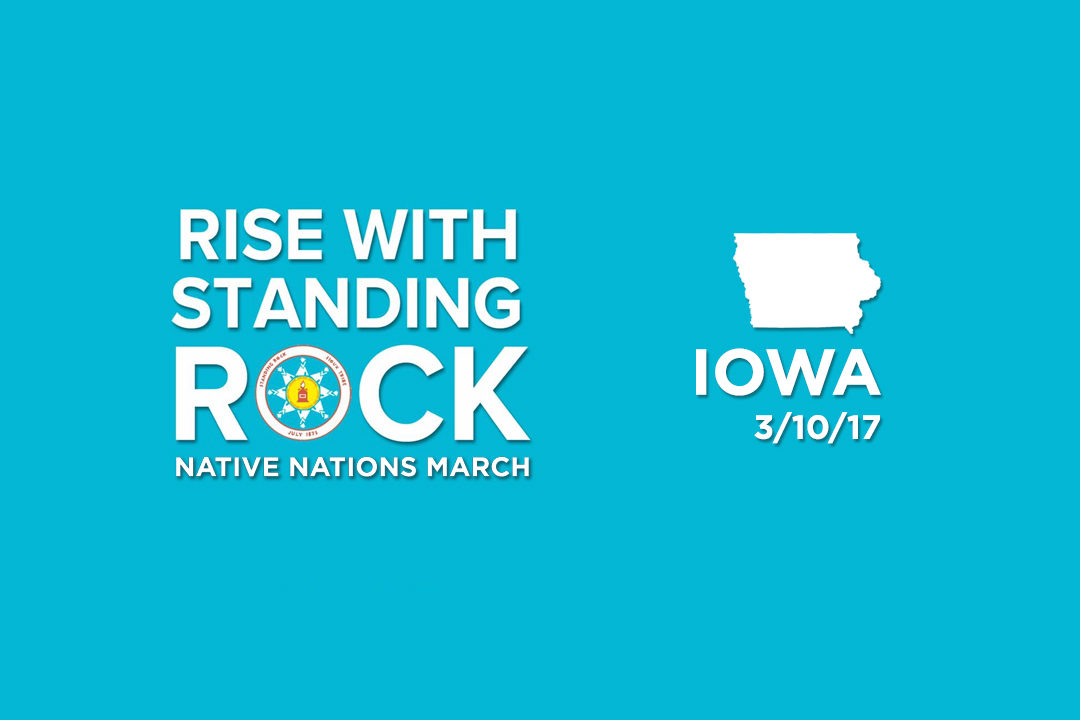 Des Moines  — On Friday, March 10 at 12:00 noon, members of the Meskwaki Nation and their Iowa allies will rally on the west side of the Iowa State Capitol building in solidarity with the Native Nations Rise march and rally in Washington, DC at the same time.

“I stood with Standing Rock in the fight to protect water and I stand with all Native nations for their right to self-preservation and sovereignty,” said Kelly Quinn, a Meskwaki woman who lives in Ankeny. “What Standing Rock showed us is that tribal rights, agreements and treaties need to be honored by the US government. We support tribal autonomy, oppose any more oil and gas pipelines, and advocate for clean energy to save our water and planet.”

“All of creation is equal and the Earth is our mother,” said Shelley Buffalo, a Meskwaki woman who lives in Iowa City. “We practice gratitude for the Earth for providing us with all that we need. That’s why we are the protectors. That’s why we stand in solidarity with our Native brothers and sisters across the country and with all who have come together to defend our land and water.”

The Standing Rock Sioux Tribe and other grassroots Indigenous organizers have called upon other tribes and all their allies to join them on March 10 in Washington, DC and in events across the country as they march, pray and take action. Participants will lobby Congress for Indigenous Nations’ rights to tribal sovereignty and to protect their homelands, the environment and future generations.

“The fight against the Dakota Access pipeline has ignited a historic alliance that is just beginning to exercise its political muscle and moral authority,” said Bold Iowa director, Ed Fallon. “Friday’s actions in DC, in Iowa and across the nation are another indication that our strength and influence as a powerful coalition of Native communities, farmers, landowners and environmentalists is growing deeper and more connected.”

Fallon will not be at the Iowa event as he is traveling to Washington, DC with members of Indigenous Iowa and Bold Iowa to participate in the march and rally there.